Evergrande, which has been struggling to meet repayments on over $300 billion in debt, is also considering selling money-losing Guangzhou Football Club, the person said. 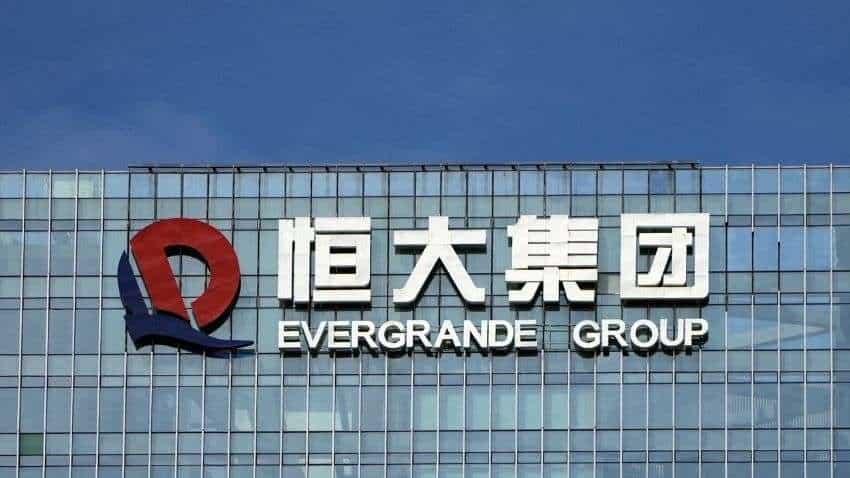 Evergrande`s troubles in meeting offshore bond repayments rattled markets and upended the broader property sector with a string of developer defaults and credit-rating downgrades. Pic: Reuters
A government body has taken over China Evergrande Group`s soccer stadium with a view to selling it, a person with direct knowledge of the matter told Reuters, as the debt-laden property developer scrambles to meet liabilities.
Evergrande, which has been struggling to meet repayments on over $300 billion in debt, is also considering selling money-losing Guangzhou Football Club, the person said.
Construction on the 12 billion yuan ($1.86 billion) Guangzhou Evergrande Football Stadium began in April last year for completion by the end of 2022, when it was set to be the world`s largest soccer venue by capacity.
However, Evergrande has halted construction due to lack of capital and ceded control to authorities which plan to sell the stadium, or - in the absence of buyers - acquire it via state-owned Guangzhou City Construction Investment Group, the person said, declining to be identified as the matter is not public.
Another person familiar with the matter said construction had stopped for at least three months.
Evergrande declined to comment. In September, it said work on the stadium was proceeding "as normal".
The Guangzhou city government did not answer Reuters` calls. Guangzhou City Construction Investment did not respond to a faxed request for comment.
TENTERHOOKS
Evergrande was once China`s top-selling property developer but is now struggling to repay creditors and suppliers. Local governments across China are steering sales of some of its assets, people familiar with the matter have told Reuters.
Evergrande`s troubles in meeting offshore bond repayments rattled markets and upended the broader property sector with a string of developer defaults and credit-rating downgrades.
It pulled back from the brink of default in the past month, leaving investors on tenterhooks as they wait to see whether it can meet obligations to pay an overdue coupon worth $82.5 million before a 30-day grace period expires on Dec. 6.
EXIT
Evergrande bought control of Guangzhou FC for 100 million yuan in 2010, and saw its value hover at 19 billion yuan before its delisting in March. However, the club has suffered high-profile exits against the backdrop of its owner`s financial woe.
In September, the eight-times Chinese Super League champions said head coach Fabio Cannavaro https://www.reuters.com/world/china/coach-cannavaro-leaves-chinas-guangz... had left by mutual consent. Brazil-born forward Ricardo Goulart https://www.reuters.com/lifestyle/sports/goulart-quits-guangzhou-fc-retu..., who took Chinese citizenship to help China reach the World Cup, terminated his contract with the club, Reuters reported this month.
Since August, an Evergrande-owned soccer school https://www.reuters.com/article/soccer-china-idLTAL3N13V04H20151206 has laid off over 100 staff due to liquidity constraints, said a person close to the school and a lawyer representing some of those staff. Both declined to be identified due to sensitivity of the matter.
Foreign coaches and translators have been asked to leave, the lawyer also said.
It is unclear how many people the school employed before or after the redundancies. A person close to Evergrande said the school was operating as normal.

Mindtree will focus on technology related to the healthcare segment: Vinit Teredesai, CFO

EPFO Covid 19 Advance: – a sure shot way to improve your liquidity in emergencies; here is a step-by-step guide on how to do it via Umang App