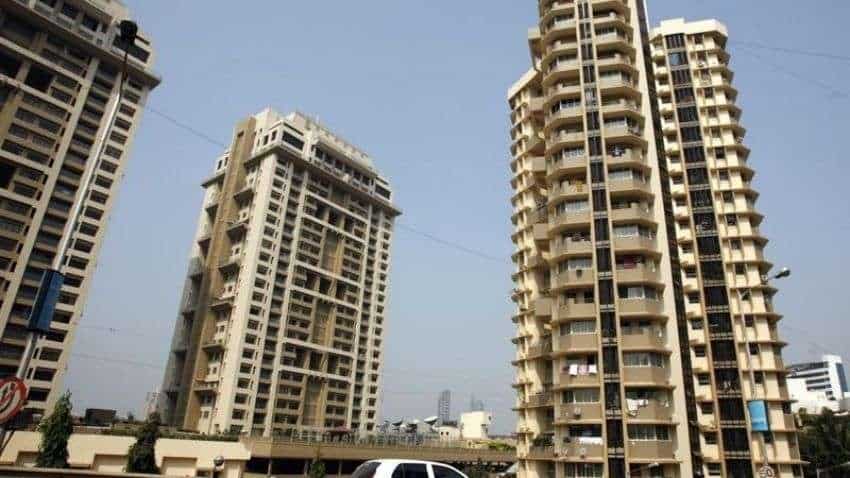 The Indian stock markets ended on a positive note on Thursday. The BSE Sensex closed with 450 points or 0.8 per cent gains at 58,795.09. Meanwhile, the 50-share Nifty50 ended at 17,536.25, up almost 121 points or 0.7 per cent. Specific stocks including the Reliance Industries Limited (RIL) and ITC Limited pulled the markets. Both stocks, traded with significant volumes.

It was a mixed bag for Nifty sectoral indices. Nine out of the 15 indices ended positively on the day of expiry while six indices settled in the red despite a good show by the overall markets. Major indices like Nifty Bank, Nifty Auto and Nifty Financial Services did not live up to the market movement.

Meanwhile, Nifty Pharma and Nifty Oil & Gas were among the top performing indices.

However, the limelight was again taken by Nifty Realty, which has been in action for months now.

Technical analyst Nilesh Jain is bullish on this sector and expects an upside of 10 per cent during the December series. He also picks his top three bets from the sector and explains why these scrips will be among the top performers of December Series.

Nifty Realty today ended at 525.70, higher by almost 2 per cent from the Wednesday closing. All 10 shares in the index ended positively. The biggest gainers were Prestige Estates Projects Limited. This stock settled at Rs 468.90, gaining as much as 7.5 per cent.

The other top gainers were Brigade Enterprises Limited, Godrej Properties Limited and Macrotech Developers Limited. They were up 3.5 per cent, 2.5 per cent and 2 per cent respectively.

Jain, who is Assistant Vice President (AVP), Equity Research Technical and Derivatives at Centrum Broking, said that the Nifty Realty index has emerged from an 11-year consolidation and is now placed comfortably for an upside. The trend though has been sideways, off-late. He sees a 10 per cent upside at 550 with a strong support at 510.

Buy on decline is recommended for realty stocks, the AVP said. He brings three stocks that have potential to give high returns.

Godrej Properties shares have seen correction from the highs of Rs 2598, this stock hit in October. The momentum indicators are also showing a trend reversal from 'oversold' which augurs well for this stock, Jain said. The stock is now on the rebound and moving towards previous highs.

After five sessions of consecutive declines, Indiabulls Real Estate has been on an upward trend. The broader structure looks positive now after the swing lows at 150, Jain said. It is expected to test previous swing high, he further said.

Sobha Limited shares today ended at Rs 855 on the NSE, marginally up from the Wednesday closing price. The stock has been making higher tops and higher bottoms and is now in a rising channel, the AVP said. He sees a support at Rs 800. He said a buy on decline is recommended for a favourable risk-to-reward ratio.

(Disclaimer: The views/suggestions/advices expressed here in this article is solely by investment experts. Zee Business suggests its readers to consult with their investment advisers before making any financial decision.)

Buy, Sell or Hold: What should investors do with Trident, Deepak Fertilisers and Infosys?